"You can't build a peaceful world on empty stomachs and human misery. Food scarcity, malnutrition and hunger have been a living nightmare for every single country for as long as civilizations evolved."

Problem Statement
Let's take an insight into the past, to analyze this statement in a better way!
India’s history is one of the alternating periods of feast and famine. A resource-rich country referred to as “the land of plenty”, counts for numerous famines throughout its history. These include famines during the period under British rule (1757-1947) and the 1943 Bengal famine having been one of the worst. A painful time for all people, young and old, watching helplessly, as the whole region faced the turmoil.
Moreover, if we ponder over this, our condition in 2018 is not that far from 1943. With 195 m ha under cultivation, India is the third largest producer of orange and coconut production, the second largest producer of sugarcane. It also produces groundnut annually about six million tonnes and even one of the largest producers of cereals, pulses, spices etc. No doubt, these facts bring to our notice the high agricultural productivity of India. But if we analyze them from the other aspect, we will find that all these products after use generate an equal amount of waste in the form of peels and other organic wastes. So, the higher India is ranked in agricultural production, equally high it is placed in waste production.

How to utilize these wastes?
A clear solution for this is to make Superabsorbent Polymers (SAPs) and Biochars by using different fruit waste which acts as an organic garbage.
SAPs absorb and carry about 300 times its weight in liquid relative to their own mass. When an SAP is cross-linked with polymerization, the product is a water retaining hydrogel that acts as a reservoir of collected water in the soil.
In recent studies, the use of Superabsorbent Polymers (SAPs) in agriculture has seen to significantly reduce water depletion in soil while dramatically increase the plant survival and growth rate. However, commercially found SAPs are non-biodegradable as they contain many chemicals such as acrylic acid and hydrochloric acid and are also costly. Therefore it is difficult to apply to poorer communities. 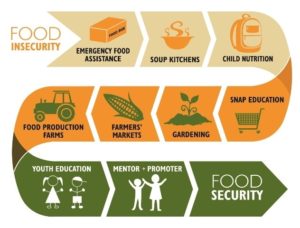 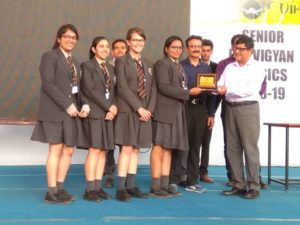